The Quality of Cancer Medicine Forum is live now with only 8 days to go!

Join the more than 160 discussions surrounding

Be one of the lucky three contributors to receive a free registration to the 2023 ASCO  Annual Meeting! 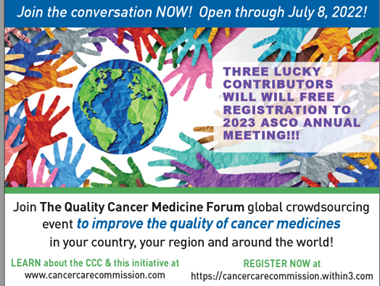 CCC are meeting with ASCO today, to launch the Quality Cancer Medicine Forum. The Forum will GO LIVE on 8th June……….. Register now at  https://cancercarecommission.within3.com to get your invite to participate. 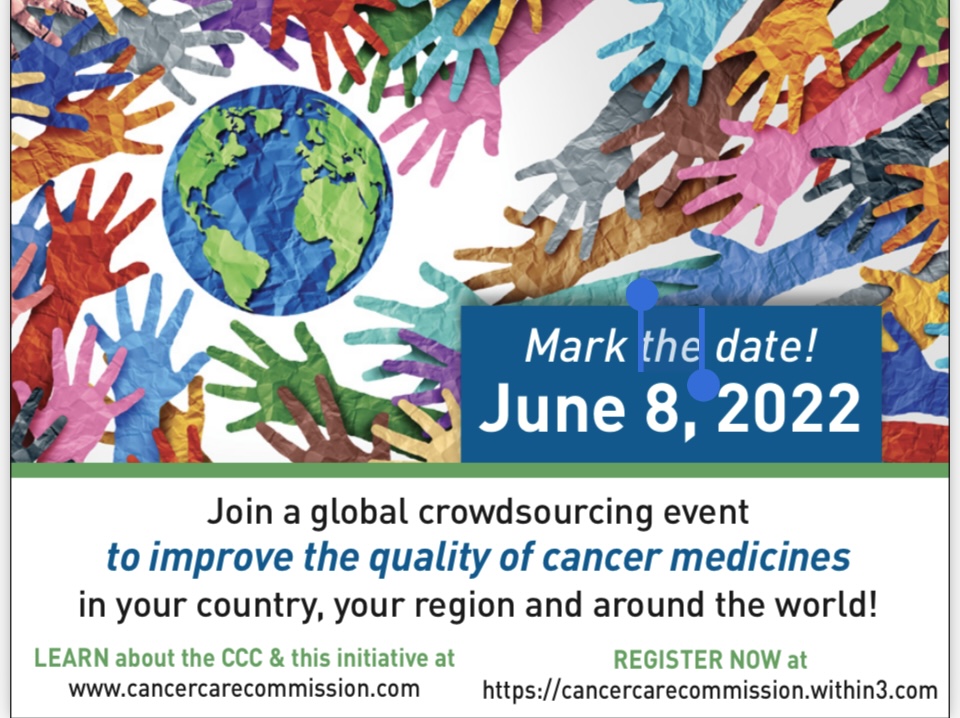 It’s time to register for this hugely anticipated, innovative Crowdsourcing event. Go to https://cancercarecommission.within3.com to register and to find out more information about the event, go to http://www.cancercarecommission.com and click on THE RED BUTTON  on the right side of page, or the ‘Quality Cancer Medicine Forum’ page at the top left side of website.

CCC are launching the above event in association with ASCO in June 2022. Watch this space for further information on this innovative crowdsourcing ‘Hackathon’ event.

World Cancer Day held every 4 February is the global uniting initiative led by the Union for International Cancer Control(UICC). By raising worldwide awareness, improving educationand catalysing personal, collective and government action, we are all working together to reimagine a world where millions of preventable cancer deaths are saved and access to life-saving cancer treatment and care is equitable for all – no matter who you are or where you live.

Created in 2000, World Cancer Day has grown into a positive movement for everyone, everywhere to unite under one voice to face one of our greatest challenges in history. 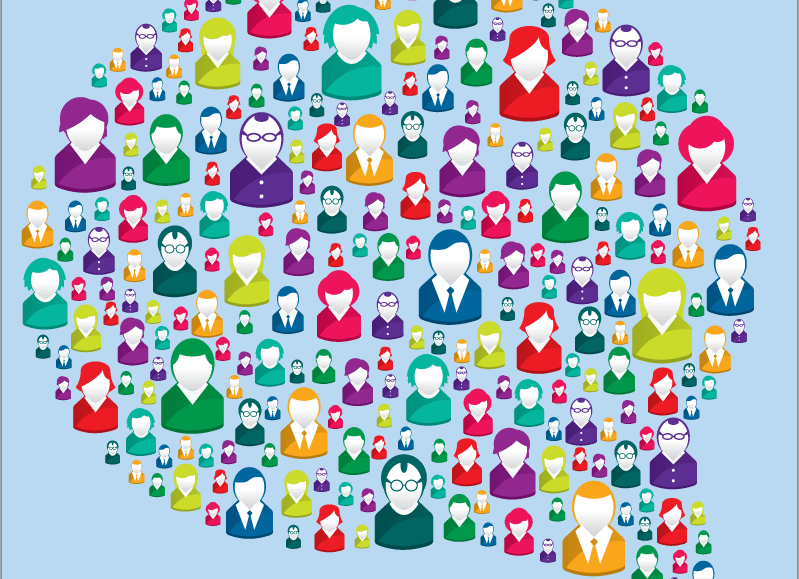 Following an enlightening and illuminating debate in the CCC Expert Panel forum, including delegates from ASCO, NCCN, WHO and emeritus Health Ministers, clear objectives have been identified for the CCC Crowdsourcing event, namely to Gather and share:

The expectation is that healthcare professionals and policymakers will not only better understand the implications of substandard delivery of oncology cancer care, but be provided with real-world recommendations on how to mitigate them and even measure the impact.

Watch for updates on THE Crowdsourcing event of 2022 ……

Dr.Nidhin is a consultant radiation oncologist at Kerala,the southern part of India. He trained  at 2 of the oldest medical colleges of the country-govt medical college, Trivandrum and Madras medical college Chennai , he went on to have NHS training at the Royal Marsden Hospital,UK. He was Recipient of the prestigious Neil Joseph Fellowship and resident fellowship from YROC and presenter at various international conferences across the globe. He has held various high profile positions throughout the continent. He retains his Global leadership panel membership for fight cancer Global USA , Visiting faculty member at university of Kerala & was the past General secretary of Young radiation oncologists forum.
He has been a key associate and champion of CCC since 2016 in the capacity of a consultant,  for establishing accreditation and quality improvement of cancer centres across India and China. CCC are delighted to continue our collaboration and friendship with Dr Nidhin.

Earlier today (01/07/21) CCC facilitated a  Global Expert Virtual Panel and asked two questions: 1. Based on your experience, where can the most significant breakdown be, in the delivery of cancer patients who need them? and 2.Who are the key audiences that should be aware of these potential issues; How do you think we can reach them and what would compel them to take action?

Following a 2hr+ discussion, with each panelist providing great insight and innovative forward planning, CCC will capture the collective reflections and take them forward in a meaningful way. Watch this space for the next, exciting, ground breaking steps ! 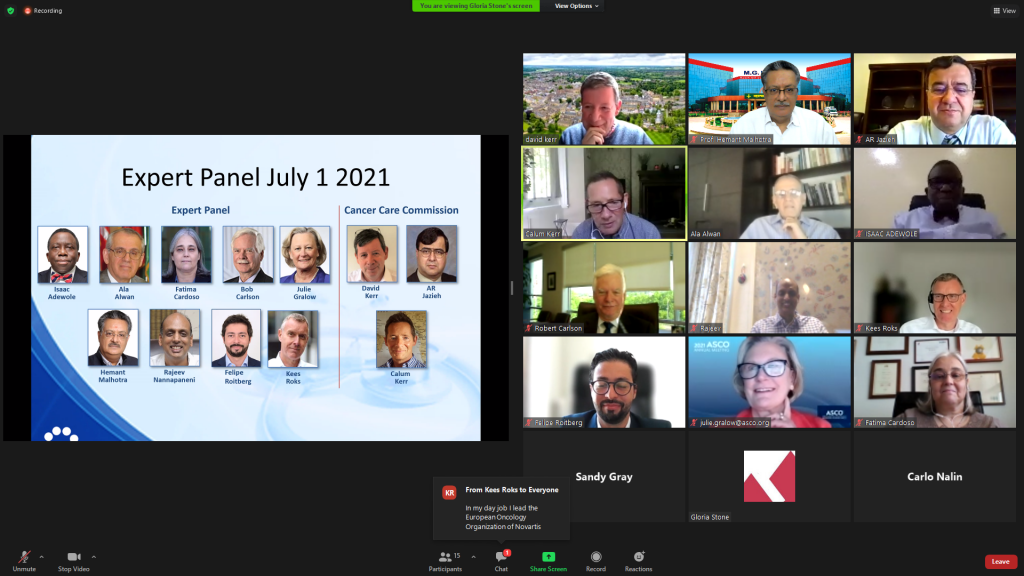 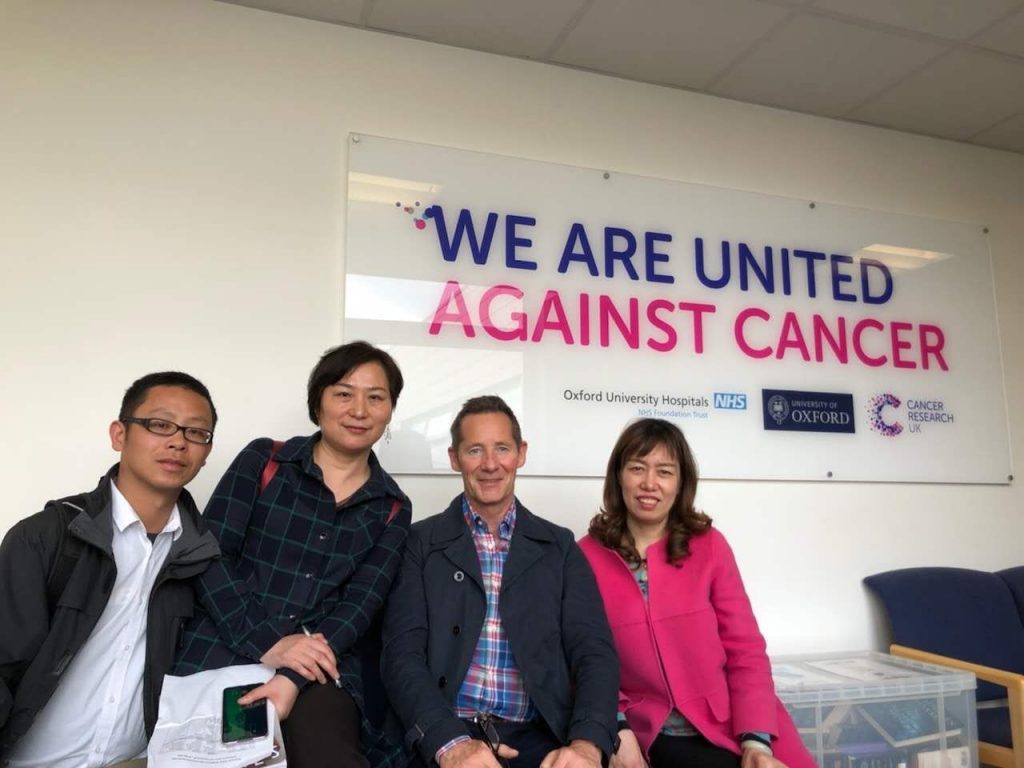 Cancer Care Commission will bring together a Global Expert panel to debate the issues and potential solutions in the delivery of high quality cancer medicines. The outcomes from the meeting will inform and shape a Crowdsourcing Campaign later in the year……watch this space for updates.